THE FIONA McINTOSH MASTERCLASS IS A GAME CHANGER …

So say many of its graduates, dozens of whom are now published and many of those with the major publishers from around the world. Its track record for success is unrivalled in ANZ.

As a recent example, during the 2020-2021 period, eight new writers were offered top book contracts from the major publishers in commercial fiction, a further three with smaller publishers. And a host of her graduates found the courage to self-publish.

The whole experience is amazing; you will be transformed.

Masterclass is a game changer … Fiona’s energy and enthusiasm, her honesty and shared experience is just what a fledgling writer needs to make the transition from someone who thinks a lot about writing to someone who has a plan and a vision of their finished work. The whole experience is amazing; you will be transformed.

Take off with Masterclasses

If you are serious about investing in yourself and taking your popular fiction storytelling to another level, enquire today about the range of options open to you for creative and professional development. 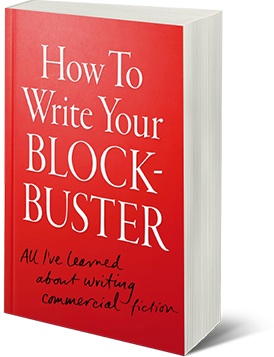 How to Write Your Blockbuster

To write is a verb. That’s an action word. No more procrastination.

Almost everybody thinks they have a book in them or dreams of seeing their name on a front cover, but not everyone knows how to go about it. Sharing all she’s learned so far, Fiona McIntosh, one of Australia’s most successful commercial authors, shows you how to get started and, even more importantly, how to finish….

This is the best ‘How To’ book I’ve read, and the only one I’ve devoured from cover to cover. Thanks Fiona McIntosh!